Plant-based proteins are economical and diverse alternatives to animal-derived proteins, there. Main sources of vegetable proteins that can be used for food products are the following:

Unfortunately there are several drawbacks in using plant-based protein. Firstly antinutrients, secondly off-flavors. Latter will be discussed in this article.

Legumes and its off-flavors.

Volatile flavors in legumes include aldehydes, alcohols, ketones, acids, pyrazines, and sulfur compounds. The off-flavors of legumes are partly natural and partly generated during harvesting, processing and storage (Sessa and Rackis, 1977).

In soy, an important factor in the smell and taste is the oxidation of unsaturated fatty acids. Raw soybeans contain 20-23% lipids, of which oleic acid, linoleic acid and linolenic acid make up about 84% of the total fatty acids in soybeans. The main volatile compounds formed during the oxidation of lipids are alcohols, aldehydes, ketones and esters, and non-volatile compounds such as hydroperoxyepoxides, hydroperoxycyclic peroxides and dihydroperoxides. These compounds give soy its characteristic taste and aroma even in small concentrations (Damodaran and Arora, 2013).

Off-flavors in other plants

Some of the most mentioned potato protein off-flavors are grainy, soily, acid, astringent and bitter. Glycoalkaloids are compounds that contribute to the characteristic bitterness of potato protein (Alting et al., 2011). Oats contain saponins and avenanthramides (phenolic alkaloids), which give a bitter and astringent aftertaste (Günther-Jordanland et al., 2016). The volatile substances in oats are mainly aldehydes, ketones and alcohols. Pyrazines and pyridine derivatives are often formed as a result of heat treatment (Heiniö, 2003).

Another option is to mask off-flavors. The use of masking agents allows the desired taste to be enhanced or inhibited in the food. Usually, the use of one component to hide off-flavor is not enough, so different masking agents are often combined to achieve a better effect (Gascon, 2007). Traditional masking methods involve the addition of sugars, salts, acids, and flavors. Fermentation can also provide a good masking effect (Roland et al., 2017). Most commercial masking agents are mixtures of various modifiers, inhibitors and enhancers.

Sodium glutamate and yeast extracts, for example, are widely used as flavor enhancers. In the case of monosodium glutamate, glutamic acid gives the umami sensation, and in the case of yeast extract, glutamate and 5′ nucleotides. Table 2 lists some foods that are high in free glutamic acid. These include Parmesan cheese, salami, tuna, mushrooms, tomatoes, algae and soy sauce. Fermented foods, such as soy sauce, contain large amounts of free glutamate, which is caused by hydrolysis of proteins during fermentation (Kurihara, 2015).

Not all 5´-nucleotides produce umami sensation

Not all 5´ nucleotides produce umami sensation. In living cells, ribonucleic acid and ribonuclease (an enzyme that breaks down RNA) do not come into contact with each other and do not break down. When the cells are dead, contact between the ribonuclease and the ribonucleic acids occurs during cell disruption. (Kurihara, 2015). RNA in a yeast cell is degraded to nucleotides (5β-GMP, 5′-AMP, 5′-CMP, and 5′-UMP) (Noordam, Meijer, 2007). The feeling of Umami is provided by 5´-IMP and 5´-GMP. 5´-AMP can be converted to 5´-IMP by the enzyme deaminase, which also has taste-enhancing properties (Noordam, Meijer, 2007). 5´-IMP is also formed by the degradation of adenosine triphosphate (ATP) to adenosine monophosphate (AMP), which in turn is degraded to 5′-IMP (Kurihara, 2015).

Some food sources of 5´ nucleotides

Table 3 lists some sources of 5´ nucleotides. Animal products, such as pork, chicken and tuna, contain high levels of 5´-IMP. Shiitake mushrooms contain a lot of 5´-GMP. Tomatoes contain 5´-AMP, which does not cause umami sensation, but which can be converted to 5´-IMP by deaminase (Noordam, Meijer, 2007). 5′-IMP is only found in animal food and 5′-GMP is found mainly in mushrooms (Kurihara, 2015).

The presence of glutamate and 5´-IMP in food gives a more effective taste-enhancing effect (synergism). A similar effect has been observed for 5´-GMP. This is also the reason why, for example, yeast extracts are very effective flavor enhancers (Noordam, Meijer, 2007). 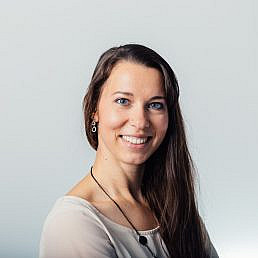